Helicopters in the Cloud 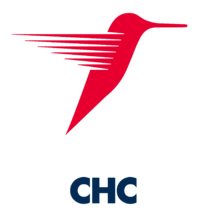 It started, as these things often do…

In 2009 CHC Helicopters in Aberdeen (then Scotia helicopters) were having trouble consolidating 22 spreadsheets of operational details weekly from their bases around the UK and North Sea.
Thinking there may be a better way Solab Applications Architect, Trevor Campbell, fixed up a meeting and suggested a single update screen-set per helicopter on the Web with a central database.
They said the engineers wouldn’t use it – but they did, enthusiastically, because for the first time they were able to see the state of the whole fleet instantly. This was new and valuable information. Quickly the system was rolled out to Australia, Africa and Brazil. Getting the whole global operation on the system despite regional differences became important as new information began to flow and Management asked for more and more analysis of it.
With the advantage of the time difference to the head office in Vancouver Trevor could talk to CHC’s Information Manager in the afternoon, pass a change request to Graeme, Solab’s Development Head, in the evening. Graeme would program through the night and Trevor would refine the product in the morning before showing it on the next day’s call to Vancouver.
Information became available as never before and was expanded to display screens and to mobile devices.
When the Maintenance Director of CHC left to join Bristow Helicopters, the World’s largest offshore operator, Solab were asked to provide a similar system.
In 7 years application development had come a long way and Graeme happily took the opportunity to rethink the SQL and to base the new structure on .NET, Azure and jQuery.
By 2016 the whole of the CHC and Bristow fleets were using Solab developed applications and were joined by Cougar Helicopters in Newfoundland.
Over 70% of the World’s Oil & Gas support helicopters, the UK and Irish Coastguards, 66 training helicopters in the Bristow Academy training school in Florida and more, are now relying on Solab applications in the Cloud.

Whatever your current situation we would be delighted
to discuss the benefits to you of our flexible and efficient IT Services.

Please provide a valid E-mail
Success!
Please fill in all the required* fields

Get in touch with our Solab team to discuss your training requirements! Email us at training@solab.co.uk or call +44 1224 213033

“Solab designed and developed our Fleet Status System, and have supported our application for the last 7 years. They have always been extremely responsive to our support requirements, and have enabled us to grow the application in line with ever-changing business needs.”